The President of UNI Financial Cooperation’s Board of Directors, Pierre-Marcel Desjardins, announced today the appointment of Robert Moreau as Chief Executive Officer of the institution.

He will thus replace Camille H. Thériault who will step down on December 31, 2016 after 12 years at the helm of the Caisses populaires acadiennes, as announced last September. UNI Financial Cooperation’s new Chief Executive Officer will take office at the beginning of 2017.

“The Board is very happy with its decision, especially since the chosen candidate is from our region and knows UNI very well, ensuring consistency and stability. These past years, we went through significant changes to become more flexible and efficient and it is obvious that the new Chief Executive Officer’s challenge will be to lend impetus to the institution, optimizing customer experience while remaining aware of the rapidly changing industry,” said Pierre-Marcel Desjardins. 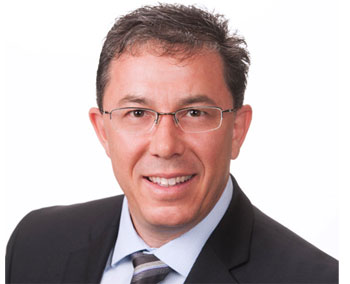 Mr. Moreau has been UNI’s Vice-President, Corporate Services since September 2015. He holds the CPA, CGA designations, as well as the ICD.D title from the Institute of Corporate Directors. He was previously Vice-President and Chief Executive Officer of Assumption Life after having been Imperial Manufacturing Group’s Chief Financial Officer. He is also the current President of the Conseil économique du Nouveau-Brunswick and a member of many provincial boards of directors.

Finally, it is noteworthy to mention that Robert Moreau will become the 6th person to hold office as the financial cooperative’s highest executive position.

Since 1936, UNI Financial Cooperation has been the most important Acadian financial institution, armed with its $3.7 billion in assets and its 1,000 employees. Thus, every day, the institution strives to inspire, support and fund the individual and collective assets of New Brunswickers. For more information, visit www.uni.ca